We planted the garden on May 2nd. Normally we don't plant until Mother's Day. But it had been a very mild winter and the soil was much warmer than normal for this time of year. We followed the planning forecasts. It seemed safe. There were 2 dates May 6 and 7 which were slightly worrisome. The low temps were  expected to be 36° to 40°F. We took a gamble and lost. We ended up with a hard frost overnight May 7.

The hubbs and I debated (code for a minor argument) the frost advisory.  I REALLY wanted to cover everything. He insisted everything would be ok.  IT WAS NOT OK! The plants withered under the cold frost.  I am sure the hubbs withered under my frosty cold stare and cold shoulder treatment. I am far more scary to him when I don't talk, haha. I should have woman-ed up, schlepped my rear to the garage and pulled the totes out to find the row cover material. I was having some back and shoulder issues and an overall not feeling well. My mistake, next time I will work through the pain. So all those little seedlings I nurtured and plants I spent my hard earned money on are now in the compost pile. All those heirloom seed collection opportunities gone...UGH!

The hubbs and I had  another "minor debate"  about the temporary garden fence being installed. So I compromised  used 2 hours of vacation and installed it while he was at work. Problem solved. So here we are with the replants 2nd week of May. It is a rather sad state of affairs. Everything is so small and looks sickly. The weather has been horrid. Cold and rain. I am very stressed about my garden...or the lack thereof... 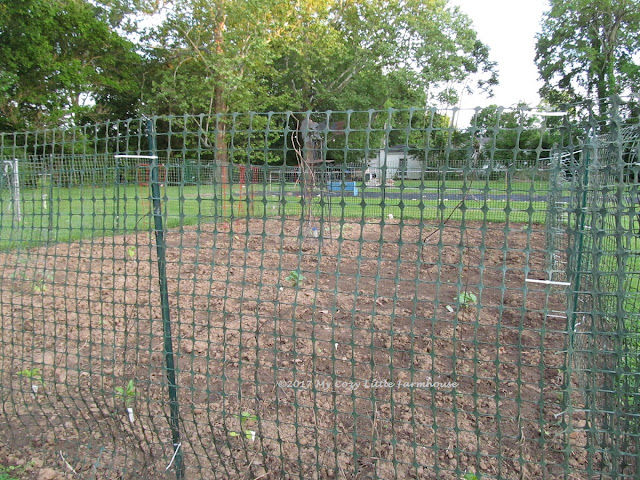 This is the end of May/ beginning of June and all the plants appear to perking up. The Blue Lake bush beans are growing well. We are doing succession plantings, with a new row of beans planted every 2 weeks to extend the harvest up until 8 weeks before the first frost which would put the last planting early to mid August. That's gonna be a lot of green beans! And don't be alarmed my soil isn't as bad as it appears. It has been amended quite a bit. It still isn't the dark, rich, chocolate cake color  of a super rich and loamy soil but we are progressing.  At the end of the season instead of pulling everything out we are going to pull all the debris to a 5 ft by 5 ft area, then trench and berm, and light that beyotch up, Haha! NO seriously! It is called Biochar. After the biochar the soil will be pulled over the biochar (at least 8-10 inches deep). The remainder of the bed will be covered with manure rototilled in and covered in straw. Then come Spring the whole bed will be tilled. Another 5 ft by 5 ft will be biocharred and left fallow (maybe a half season) and we will keep repeating the Biochar process until the entire bed has been burnt or amended with Biochar. IF we are lucky enough to have enough debris we can create the biochar in a burn barrel and apply it to the bed. So between fire and cow/horse/chicken manure, we will get the soil where it needs to be. 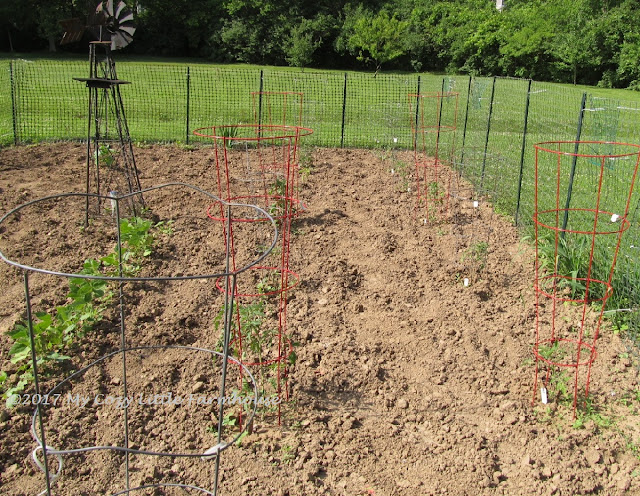 Speaking of  chicken manure...Meet my newest neighbors, The Golden Girls. My good neighbors has her own flock. They are very entertaining and she has shared some eggs--which were fantastic! 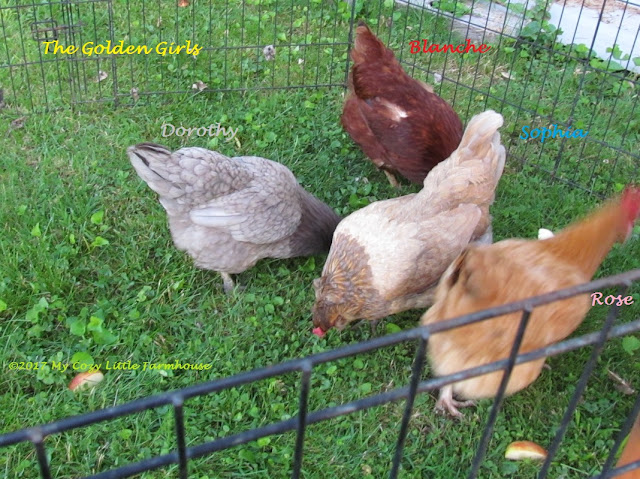 The asparagus did pretty well this year, despite the hubby who "helped" weed it last season.  It is now is now finished for the season. I am expanding the bed to add 12 more root crowns. So eventually I will have 20 producing plants! In the interim I have brussel sprouts planted and hopefully I can harvest some before the weather turns to Hades. And since it has stopped raining, I can finally treat whatever is chewing my plants. 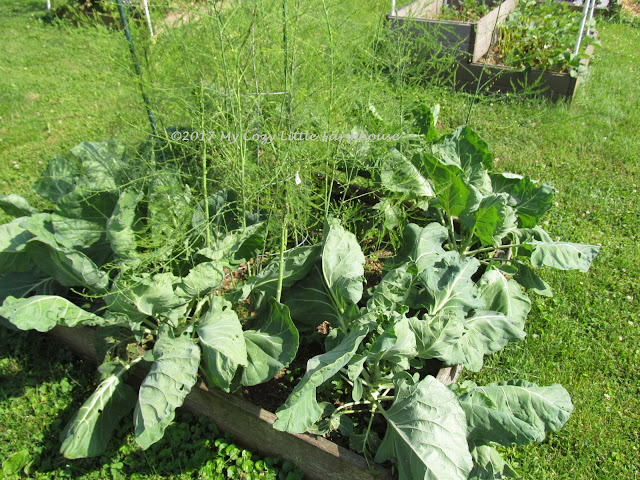 My grapevines were cut down and 2 were dug out because they were very weak and diseased. They  had not been producing the way they should for several years and that was  my fault. The vines removed had extensive fungal disease and had choked/ strangled one another. Had the vines been properly spaced and routinely prunes they would have been viable the remainder of  my life and beyond. Properly maintained grapevines can live 50-100 years. This is where they were originally planted. It  now looks so bare.  Except for the damn poke plant. That grows all over my yard and has taproots from hell. Sigh. 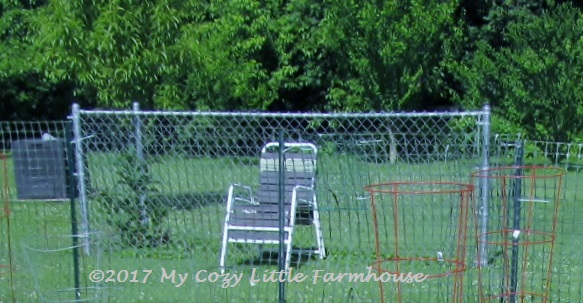 Here are my replacement grapevines. I ordered the Edelweiss from Gurney's which you can see is doing fantastic. It will be planted this week (1st week of June) as soon as we finish the arbor. A little later than I would like to plant but the weather has not been cooperative.  The Mars, Marquis and Reliance were ordered from Burpee and I am a little concerned because they don't seem to be doing much of anything. Fingers crossed the begin to bud out soon.  I used the baby pool (which has been perforated for drainage, has a thin layer of gravel and excellent loamy soil to heel my plants for planting in the ground. 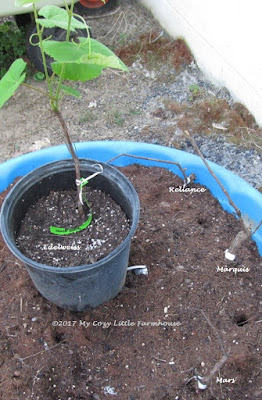 However imagine my surprise... the grapevine we had cut down, still has some life in it. Considering we  basically butchered this vine, I can't believe I have this new growth after 2 weeks. I am gonna just go with it and let it grow. The other 2 vines were removed completely.  This one had a very large stalk and seemed to be vigorous. If I recall correctly this was a Concord but I really don't remember. (and my garden journal is misplaced). 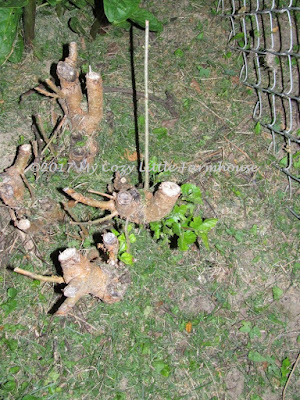 Well I am gonna stop here. This was a long post and I am fatigued. There will be part 2 to finish discussing some new additions of edibles.  Hopefully, in part 2 I can share some good news ...or at least progress with the garden.

Posted by Tonya @ My Cozy Little Farmhouse at 12:47 AM