This week's Pantry challenge was a complete disaster. The food train (along with the budget) went completely off the rails...

Fri 1/8/16-The all american classic! Burger, fries and homemade milkshakes. Much needed because it was a rough week. I like to make the skillet burgers with worcestershire, garlic and onion. It reminds me of a little bar called Quatman's (Norwood, Ohio) that I would sometimes frequent years ago for a quick and cheap lunch. The outside (or the inside for that matter) didn't look like much, but jeez was the food good, quick and cheap. There was always a line out the door. The tables were covered in vinyl checkered tablecloths. The burgers were served piping hot with gooey cheese, pickles, a side of salty potato chips and an ice cold can of soda pop. My burgers aren't as exactly like Quatman's--but close!

Saturday 1/9/16 Was supposed to be soup beans with ham, fried potatoes and corn bread. Except there was an impromptu birthday party for one of my sisters, which involved delicious LaRosa's pizza, kettle chips w/ diablo sauce, a rainbow chip birthday cake and ice cream. So no cooking for me! 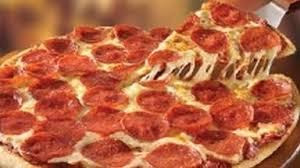 Sunday 1/10/16 was deemed leftover day. A friend invited me out, since we had not had a xmas gift exchange and the hubbs was on call. So my friend and I  met up at at TGI Fridays, she picked up the tab which was generous and kind.  I ordered the SEASONAL HARVEST APPLE CHICKEN SALAD
"Grilled all-natural chicken seasoned with hickory-smoked sea salt served over mixed greens with kale and topped with goat cheese, green apples, sea-salted chopped almonds and a mix of crunchy rice noodles, dried apricots and pumpkin seeds. Drizzled with Pomegranate Vinaigrette."  The salad was a very large portion. I took  1/2 home and ate it the remainder for dinner. I wish I had taken a picture. The salad was colorful as it was flavorful. I think I will try to copycat this salad at some point in the future.

Monday 1/11/16-Meatless Monday with super veggie 'sketti. This was a 15 minute meal.  I added a bag of frozen italian style vegetables (green beans, zucchini, yellow squash, carrots, broccoli and cauliflower) to boiling pot containing the remaining angel hair & spaghetti noodles. While the pasta & vegetables cooked, I tossed some garlic toast in the oven.  After draining the pasta, I had a jar  of 3 cheese pasta sauce, which I tweaked by adding 2 tablespoons of a sundried tomato paste w/ herbs, some fresh ground pepper, a twist of pink himalayan sea salt and sprinkled liberally with parmesan. Served with bagged salad mix and the hubbs didn't miss the meat at all. This will be a recipe in the rotation.

Tuesday 1/12/16--was scheduled  as baked chicken, au gratin potatoes and brussel sprouts but we had our first serious snowfall of the winter season. That meant a sleepless night of waking up to check the weather, a 3:30 am wake up for me and early call out for the hubbs to shovel and salt. A crappy commute home, after an already long day, resulted in chicken tenders and tater tots for dinner. And passing out shortly thereafter. ugh

Wednesday 1/13/16--brinner of sausage,pancakes, and eggs was replaced by cereal for me. After another 12 hr workday, the hubbs grabbed a sandwich before bed. Go adult.

Thursday 1/14/16--The original dinner plans of tuna casserole was scrapped for home made cheese coneys made by the hubbs because I had an awful day. It was a very emotional day for me. I had to take my pet Guinea pig, Petunia, to the vet to be euthanized. What made this even more terrible, is her companion, Pansy  was euthanized previously, 2 months to the day . They both were very longed lived for Guinea Pigs, being over 6 years old. But it still not easy decision. Bye little fuzzy faces. I will miss both of you and your antics.

Wins for week 2--Having a hubbs being so considerate to cook for me despite his working long hours.

Losses for week 2-- Going off track on both the menu plan and budget. I spent $58. That puts me $43 over budget for the month to date. I hope I can recoup the budget overage the remainder of the month. I am also trying to figure out where I am spending the the money (what in particular purchase is the extra money going towards). I reworked the menu slightly. Fingers crossed,  I can get back on track.


Posted by Tonya @ My Cozy Little Farmhouse at 4:50 AM