No time for housework, I have a garden to tend!

Remember when I was wishing and hoping

And complaining I had the 3 stooges of seedlings 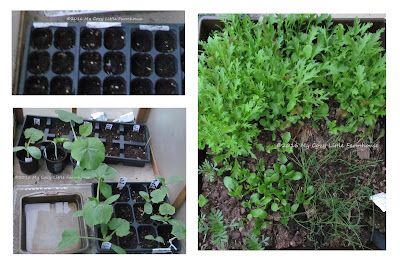 And some stuff was way overgrown and out of control

And everything was all muckety muck 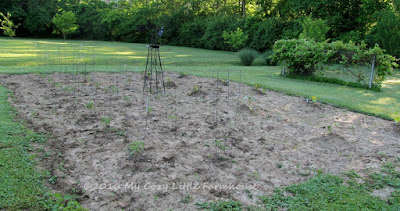 But I persevered. Slowly bringing the garden back to life. I cleaned out the weeds. SO MANY WEEDS!  I added bird netting and a small section of plastic fence to protect the strawberries. 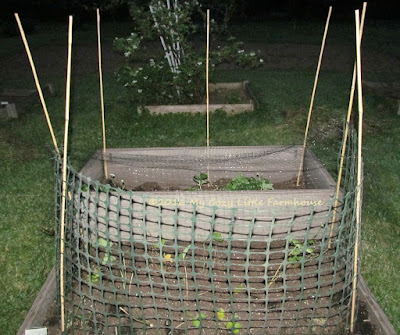 I planted some blueberries plants (AGAIN!) and used a pair of folding trellis draped with  bird netting 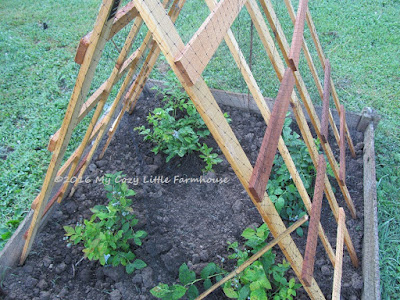 I tried using bird netting to protect the blackberries but it was a big ol' tangled mess. 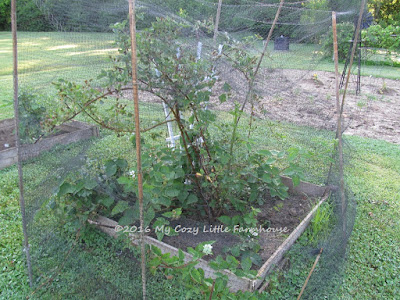 There had to be a better way.  I made a berry hut. It has some design flaws. This is the first edition. I will post more about it later. 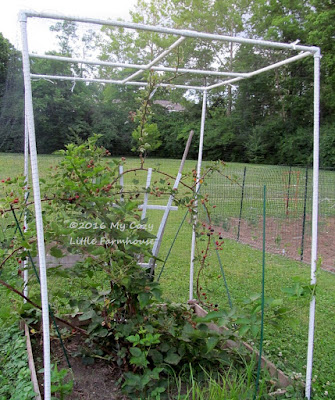 I installed 110 feet of plastic fencing. I would have preferred to install a stronger fence but budget wise this is what I could afford. Maybe next year... 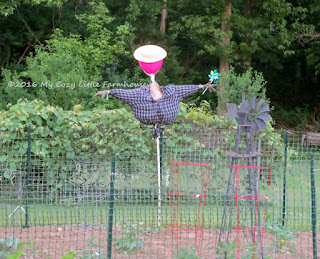 And I made an ugly, pantless scarecrow. HAHA, I used a nylon chinese lantern for the head and I stuffed the body with plastic bags.

Then I upgraded the ugly pink head to the Bird-Be-Gone Scary Eyes which I bought at Rural King. It is rather frightening in appearance. The eyes are reflective.

And I mulched every last damn inch of raised beds and the veggie plot. I used pine chips for the blueberries, strawberries, rhubarb and black berries, since they are all prefer slightly more acidic soil. FirstMan from Two Men and a Little Farm gave me the idea for bagged straw bales, where I used every where else.


I even added a small flower patch inside the veggie plot. I hope these flowers will draw pollinators to the garden.

So...whatcha think? I am absolutely in love with my garden this year :)


Posted by Tonya @ My Cozy Little Farmhouse at 1:26 AM