GRILL ALL THE FOODS!


We are certainly giving the grill a workout during our kitchen remodel. The grill has become my cook top and oven.   We have a  local place I can take the tank and get it filled for $10 on Tuesday's. We have a couple of extra tanks and this is a cheap way to make sure we have a couple of  back-up tanks.

I found this neat little diagram that explains the thermodynamics of how a grill works which actually helped to determine where to place items on the grill when cooking.
And while our situation is not an emergency, I came across some good tips for emergency grilling (when the power is out or maybe a kitchen remodel IS an emergency)

How about a handy dandy Gas Grill cooking chart?

Besides making the requisite burgers, hot dogs, chicken, steaks, chops and foil veggie packets, I have baked biscuits, griddle french toast, baked cornbread, baked chicken tenders with fries, cooked meatloaf, toasted garlic bread and baked a pizza-- all on the grill. The side burner has been great for making mashed potatoes, frying bacon, gravy (for sausage gravy) and making pots of spaghetti. It is almost like being on a camping trip  but without sleeping on the ground, lol. 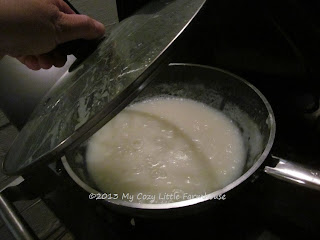 The pizza was a little tricky when I tried to bake it on the grill. The first time I baked my pizza (from scratch), I used a disposable foil pan which was more heat reflective, the grill was a tad hot and I had too much direct heat.  It wasn't  horribly burnt but definitely more well done than I like, but the hubbs loved it. Go figure... 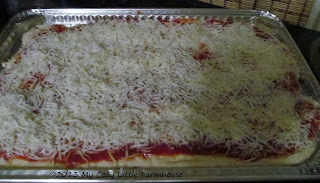 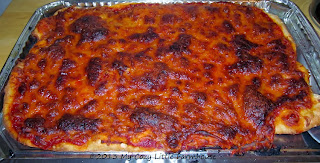 The 2nd  time I cooked a pizza it was a semi-defrosted frozen pizza, I used my pizza stone and set the grill to medium-low heat. That kept the temperature around  300°F. And it worked  ok except it still was not perfect. The bottom of the crust was nicely browned, the cheese was hot but not quite toasted. And I forgot to take a picture anyway. It was still pretty tasty despite the flaws.  3rd time is a charm...right?

Actually the weather has been cooperative so I haven't minded all the grilling. It has also given me an opportunity to use my cast iron cookware which I don't use often with my electric stove. There is just something magic about cast iron skillets and a gas cook top. Although the hubbs did say, "Since you are so good at cooking on the grill, maybe we should get a gas stove." GASP! Did he just make a positive suggestion towards the remodel?! HA! I would LOVE LOVE LOVE to have a dual fuel stove with gas cook top and electric oven. Alas, my budget can't stretch to accommodate new appliances. However, we are going to install the fittings without making a connection to the gas line for now, so we have it for the upgrade in the hopefully not so near future.

Then the hubbs dropped this little pearl of wisdom, "I bet since you are so good at cooking on the grill, you won't want to cook in the kitchen when it is finished." Shush up your mouth hubbs! I miss my kitchen and it's crappy stove. I will be glad to not grill for a while...like next summer just MIGHT be to soon...

And I broke down and bought a toaster oven 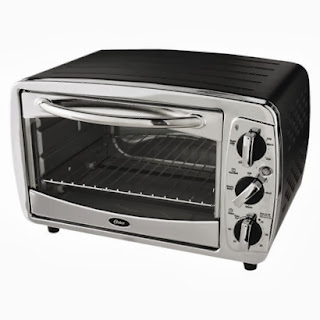 Grilled french fries are just not my thing!