Soooo...I was bored and on Pinterest--which can only mean trouble for someone. Usually the hubbs, haha  Except in this instance, I was hungry and he was safe from any Lucy-esque ideas because I don't joke around when it comes to food!

I suppose it could be telling that out of the 67 boards and 2000 plus pins, the board with the most pins  is all about desserts. So nonetheless I was drooling scrolling through the pins when I came across an oven fried apple pie using canned biscuits.

This recipe ACTUALLY belongs to Pillsbury and NOT the blog I was reading,  which was passing it off as their own. Tsk, tsk--shady practices people!

Now y'all, I wouldn't say I am necessarily a food snob. Canned biscuits is one of those things on the very bottom of my food list of things that I will buy on occasion, but am not a fan of eating on a regular basis. I had a can that was gonna expire in about a week, which goes to show I really don't use them, if it was so close to the expiration.

Out came the rolling  pin and baking sheet. 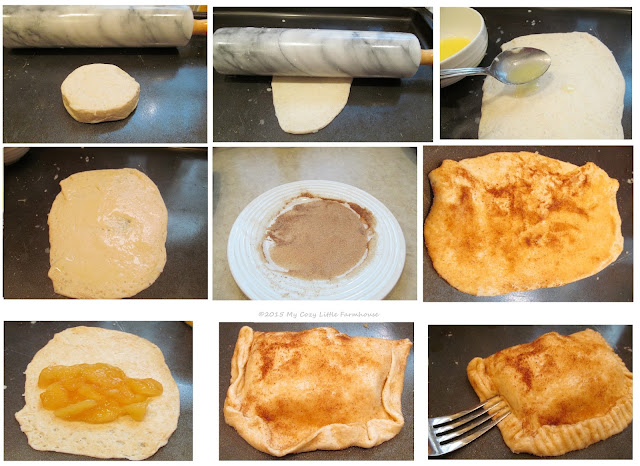 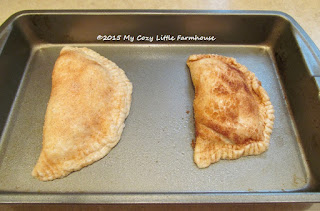 I baked mine at 300°F because I was using a dark coated baking sheet (15 minutes).
Voila! 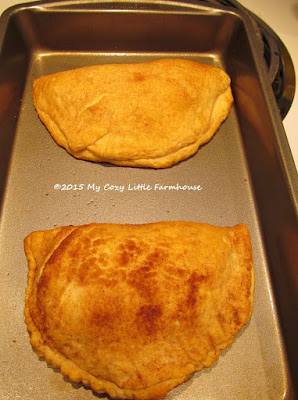 How about some vanilla ice cream? Yum!! 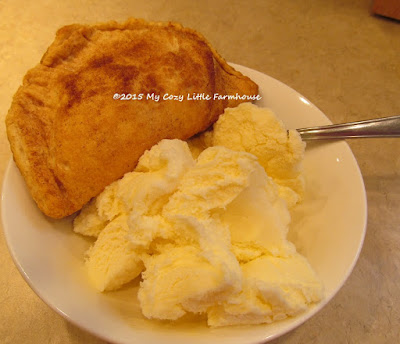 And because I was lazy really wanted to eat this before my ice cream melted, I took the remaining 4 biscuits brushed with butter, dipped in the cinnamon sugar and rolled them 2 combined to make a top and bottom crust. Place the sugar coated crust down in the pan, dump on the rest of the pie filling,  top with the sugar coated crust facing up, pull the edges and crimp. Sprinkle with the remaining sugar mixture. Bake at 300°F, 25-30 minutes for a VERY rustic tart. 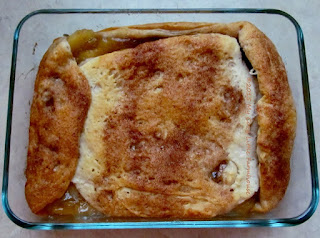 
Posted by Tonya @ My Cozy Little Farmhouse at 8:10 PM