Welcome to the program... 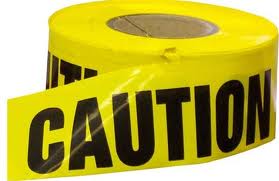 The overhead florescent lights emitted a low hum that was only slightly less obnoxious than the occasional flickering. The room was overcast with a sickly yellow-green pallor. A few people shifted in their chairs uncomfortably.  The mood was somber and quiet.  The room reeked of stale coffee, paint thinner and there  was a fine haze of drywall dust filling the air. I knew right away I was in the right place. I felt ashamed and relieved at the same time.

I surveyed the room, checking out the faces and trying to figure out the strangers stories. There was a burly, redheaded bearded guy wearing a plaid jacket, paint splattered jeans and leather boots. He was busy scraping the paint from his nails with his pocket knife. Several seats over was a an attractive brunette sporting a sleek ponytail, wearing khakis, a pale blue oxford and navy blue chucks. She was busy sending texts on her cell phone. Two rows behind them was a middle aged woman in grey sweats, an UT sweatshirt emblazoned with a steer, wearing  orange crocs,  and her salt and pepper curls peeking out from a black bandanna. She was sipping a cup of coffee and reading a magazine. There were a few more people milling about in the back of the room, helping themselves to coffee and  most likely day old doughnuts.

I stepped forward towards the podium, knowing it was time to get this over with... I nervously cleared my throat as the remaining people shuffled towards their seats. I waited for the rustling to settle down and I began... Hi I'm Tonya and  this is my first time speaking at one of these...um...meetings. (I was greeted by a chorus of "Welcome Tonya")  Well I am really not sure how it all began and then it spiraled out of control. I REALLY thought I could handle this. I had it under control, right? (This was met by a few knowing chuckles). It started innocently enough. I knew other people who where doing this and they seemed like they were handling it. And it looked like they were having fun.  I mean things looked great..to me. I wanted to know if I could do it to. I am a smart girl. I won't get caught up in all the hoopla. In, out, no problem--right?

The first time was a dream. I mean I COULDN'T believe how great I felt after such a small little take. Then everyone started complimenting me. About how different I seemed --you know-- happy. And I was. Happy. I showed some  pictures to a few people I felt comfortable with. I guess it made me feel --cool.  At first they were a little shocked. "You. YOU did that?!"  Sheepishly I said , yeah. They said, "I never pegged you for the type."  You would think it would stop there but it didn't. I CRAVED it. The next thing you know I would drive around town hitting all the known spots looking for what I needed. When I couldn't find what I needed locally I would hit the web, search Craigslist,  sneak peeks at blogs, magazines and sometimes scanning the local papers. I never knew where I would find it. I just knew it was out there, waiting for me... Well it has been some time (ok decades, really). This is no longer dabbling and weekends only. This has become a full-time, way of life. My name is Tonya, and...I am ...I AM a ..DIY'er 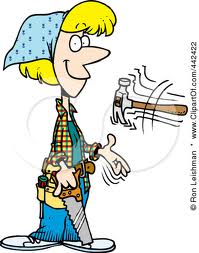 BAHAHAHHAHAHAHHAHA! Fooled you! (Ok in all seriousness I mean absolutely NO disrespect to anyone currently involved in any multi-step program or support group)

But, if there were a not so anonymous support group--How many of  YOU would be there? HA--that's what I thought. It is an affliction. But a good one, don't you think? I mean if nothing else we could meet and exchange ideals. Hey wait--we kinda do.  Via our blogs. I am constantly seeking new projects--if only to avoid focus on the ones I currently haven't finished. How many of you see something all shiny and new and instead of saying "I want that"  you say" HEY! I can do that!"  Yeah, me too. Maybe it isn't exactly what is in the magazine, or on TV, or even on the really popular blogs but it is my work. I own it. Flaws and all. That is one of the great things about DIY.  You get to imbue your personality into whatever you are crafting.

Maybe I could rush right out and spend my money on the newest...whatever. Or I could put my creative cap on and figure it out. Sure there has been blood (mine), sweat (usually the hubbs--eeew I don't like to sweat) and tears. (OMG have there been tears--all mine as far as I know.) Oh boy and the cussing. I am sure it would cause a long shore-man to blush. The hubbs always tells me it's not lady-like to cuss. Whatever. He needs to not have his knickers in such a twist.

Where was I? Oh yeah. This whole DIY thing. I kinda like it. Ok that's lie. I luuuurvvvee it. Just don't tell the hubbs. He's really holding out hope he can just start writing checks to someone. HA! There's a much shot at that as there is me passing on a Reese's peanut butter cup. Ain't gonna happen. 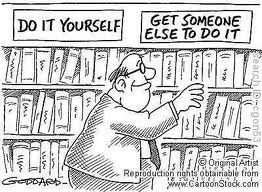 Email ThisBlogThis!Share to TwitterShare to FacebookShare to Pinterest
Labels: DIY